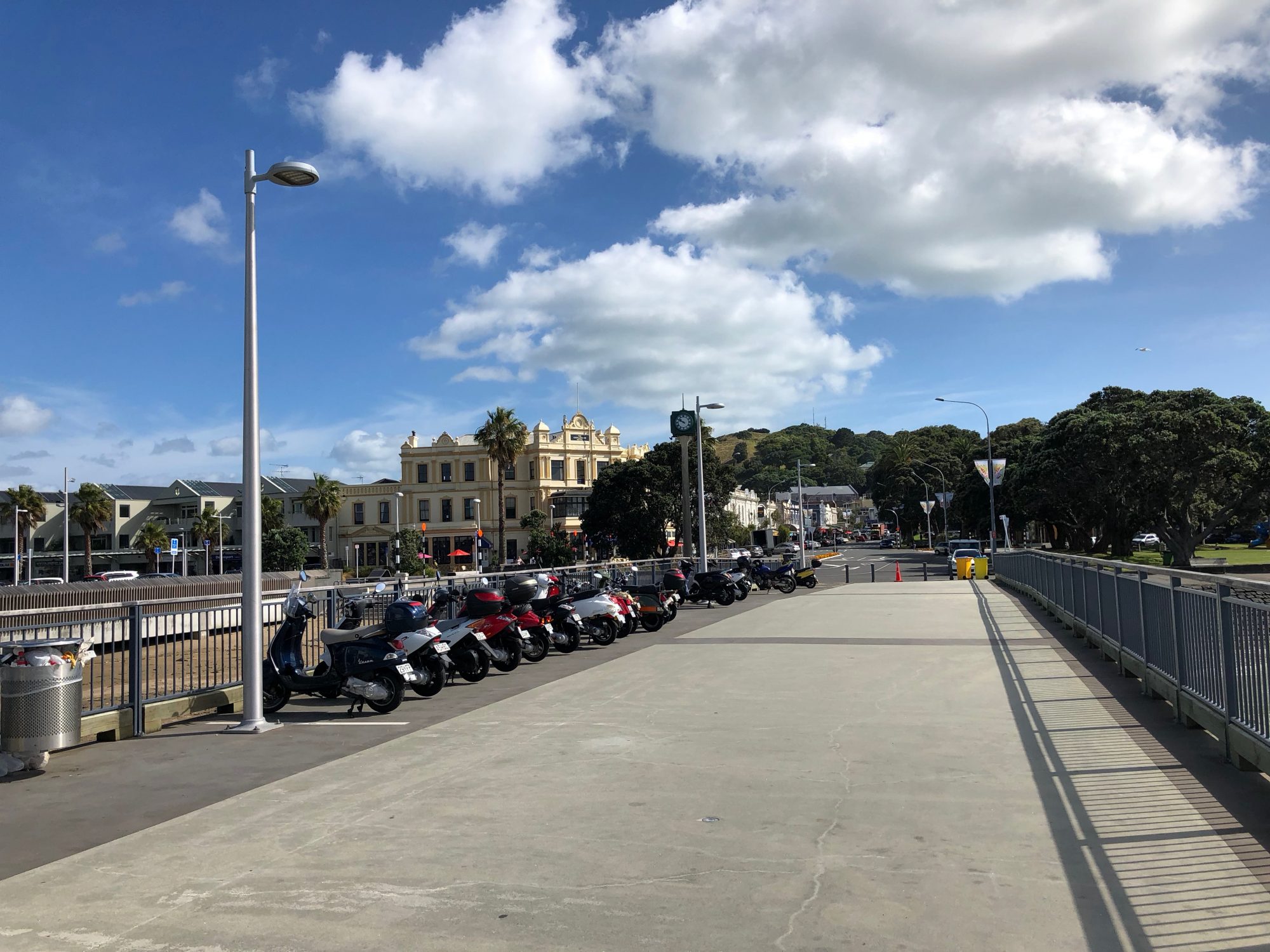 I’m not new to traveling but visiting five countries in one year plus travel once a month domestically was a lot. I felt like I was constantly running back and forth from SFO to X destination.

Some would define what I did as torture… the endless lines (nothing is scarier than a luggage line for an Air China flight!), crowded bathrooms, grumpy, unfriendly faces… but I actually found these moments to be enjoyable (not the line for Air China).

But but, how, you ask? Travel is such a luxury, even if I’m always stuck in the back of the plane in coach. I’m going to a far-off country on an adventure! I get to see new cities, explore unfamiliar towns, observe new faces, eat delicious foods, talk to locals and find out how other people live.

Being grateful has kept me grounded and is the cornerstone of my life. Sounds a bit woo woo, but it’s true.

So, what once used to annoy me has melted away, even in lots of ugly airports with nothing to do.

Here’s what I learned in the last year, and the best hacks that keep me in zen mode and prepped for awesome adventures.

Unless you’re running late for your flight of course. Which brings me to my point. Being in a hurry when you’re in an airport sucks and is so stressful.

Therefore, I give myself lots of time to get to a place. Anyone who knows me well will say one of my strong points is punctuality. I put the “P” in punctual. I’m almost never late for anything.

When I was in Sydney, I strolled into the airport three hours early for my flight to Melbourne, even though domestic travel in Australia is a piece of cake. It’s like taking a bus or a train, plus Aussies are so chill.

I did it so I could take my time for the Uber to pick me up, get some coffee, work a little, read, listen to my audiobooks, and just be relaxed.

If I can find an airport lounge, even better, but I’ve had really bad luck with Chase lounges being in different terminals when I traveled so I wasn’t able to make use of it like I’d hoped.

Sometimes window seats are worth it, especially if I haven’t been to that country before. Landing in Manila for the first time was nice because I got to see the lay of the land, even if I didn’t get to step out of the airport.

But for flights that are longer than two hours, I usually choose an aisle seat so I can get up and go to the bathroom or just walk around. OK, I never just walk around, but if I wanted to, I’d have that option.

Staying hydrated on flights is a must. I avoid alcohol and stick to mostly water and some coffee.

I bought these last year and they’ve been on my neck almost every single day and everywhere I’ve traveled. They are hands down, the best Bluetooth earbuds I have ever owned.

Not only is the sound quality amazing and comparable to the ones that go over your ears, you can also use it to talk on the phone.

I also have those noise-canceling Bose headphones, but they’re bulky to travel with, so I stick to my BeatsX.

When there’s a crying baby or incessant chatter on the plane, I just put these on and they seriously block out all the noise. It’s really one of the best $120 purchases I’ve ever made.

I bought two of them for friends and they also rave about ’em!

The charge on the earbuds holds for about four hours, so I carry a backup pair of Apple earbuds in case the power drains.

If you’re a Chase Sapphire Reserve member, you get reimbursed the $100 cost to sign up for Global Entry, and as soon as I committed to international travel early last year, I made an appointment in February to get my hands on one.

I got an appointment in November. Yup, almost a year later, but it was just in time for my trips to Australia, New Zealand, Canada, and Spain.

Having one was really handy when I returned from Spain to LAX. I whizzed by everyone standing in the line like a Global Entry VIP. Whoo hoo. It’s $100 well spent. Thanks, Chase.

5. Load up on audiobooks

I’m a huge fan of audiobooks. I seriously can’t get enough of it. I have an Audible subscription (2 credits each month), plus I use Hoopla and Overdrive, which are connected to my local library card so it’s free.

You can get 10 titles on Overdrive and four on Hoopla each month. I wrote about it at great length for one of my awesome clients, WellKeptWallet.com.

I load up on new books (mostly nonfiction) before a new trip so I have something to listen to.

Top favorite books that I finished while traveling:

6. When in Europe, remove all toiletries and put them in a plastic bag for security

For some reason, it’s total hit or miss when you travel with liquids, gels, and lotions. I never worry if I’m traveling domestically, but man, did I get in trouble in Frankfurt. I felt like a criminal for having a few too many gels and stuff.

All of your liquids need to fit in a 100ML plastic bag. I think I could’ve made it fit, but the small audience of Frankfurt airport security that had gathered around my luggage made me feel incredibly uncomfortable, so I just told them I’d check my bag in. They all seemed relieved.

On my way back from Spain, I made sure to put things in a plastic bag and I breezed through.

You’re thinking: how is this a hack? Well, it’s not, but I included it because traveling constantly exposes you to unhealthy but delicious snacks and treats at airports. So by being prepared, you’re not eating yucky, expensive airport food.

I remember seeing this very round man scarfing down an individual-sized pizza at 7am at Oakland Airport. That could easily be me! Well, maybe not a pizza, but I would happily inhale a croissant or 10.

Apples (LOTS of apples!), as many bananas will fit in my backpack, a ziplock bag full of almonds, string cheese, and maybe something sweet… M&Ms.

I bought this really skinny 8oz water bottle from Amazon for $10 and it’s changed my life. It’s flat, like a book, so it’s easy to pack and fits nicely in the seat pocket of a plane.

I always make sure to fill it up at the airport.

8. Get the smallest carry-on possible. (Mine is 19 inches)

For U.S.-based planes, you can get away with a 20-inch carry on luggage, but in other countries, it might be trickier, as it depends on the plane.

I have a Delsey roller that I used to stuff to the brim. It would be so full the wheels would not roll straight and the handle would shake as it rolled through the airport. Uh, not cool.

Over time, I learned to pack much lighter. I could write an entire article about how to pack mindfully for your trips. The main thing I learned when packing lighter is to just lay it all out next to your luggage, and then start removing what you don’t need.

Questions that help me decide whether it stays or goes:

For Australia, I completely effed up my packing. I just brought too much stuff. My trip was almost a month long, so I just figured, bring it all. What a mistake. I not only brought too much, I brought a lot of the wrong items that didn’t even match or make sense with other items I packed.

It was a big lesson, so for Spain, I kept it simple and it was like, DING DING DING! Yes, this is how to pack for trips.

When traveling abroad and using your credit cards, always choose the country’s currency, not U.S. dollars. I think it has something to do with the currency rates changing.

The other thing is to make sure your credit card doesn’t charge a foreign transaction fee — it’s usually 3 percent.

Sprint, although, not the best is not the worst either. I have their international travel plan that gives me unlimited data and texting in hundreds of major cities around the world.

As soon as I land in a new country, I just restart my phone and I get a text message that tells me that Sprint recognizes that I’m in X country. I never need to mess with SIM cards or worry about where WiFi is.

Of course, if I go over my allotted gigs, the data speed slows down, but it’s not that big a deal. It’s still unlimited, but there’s a certain threshold for gigs — once you go over, the speed slows.

As long as I can get Google maps, I’m good to go.

Calls are 20 cents a minute, but I just use Skype if I need to make calls.

So there you have it. All 10 of my biggest hacks that make traveling a breeze.

5 thoughts on “My 10 Favorite Hacks for International Travel”