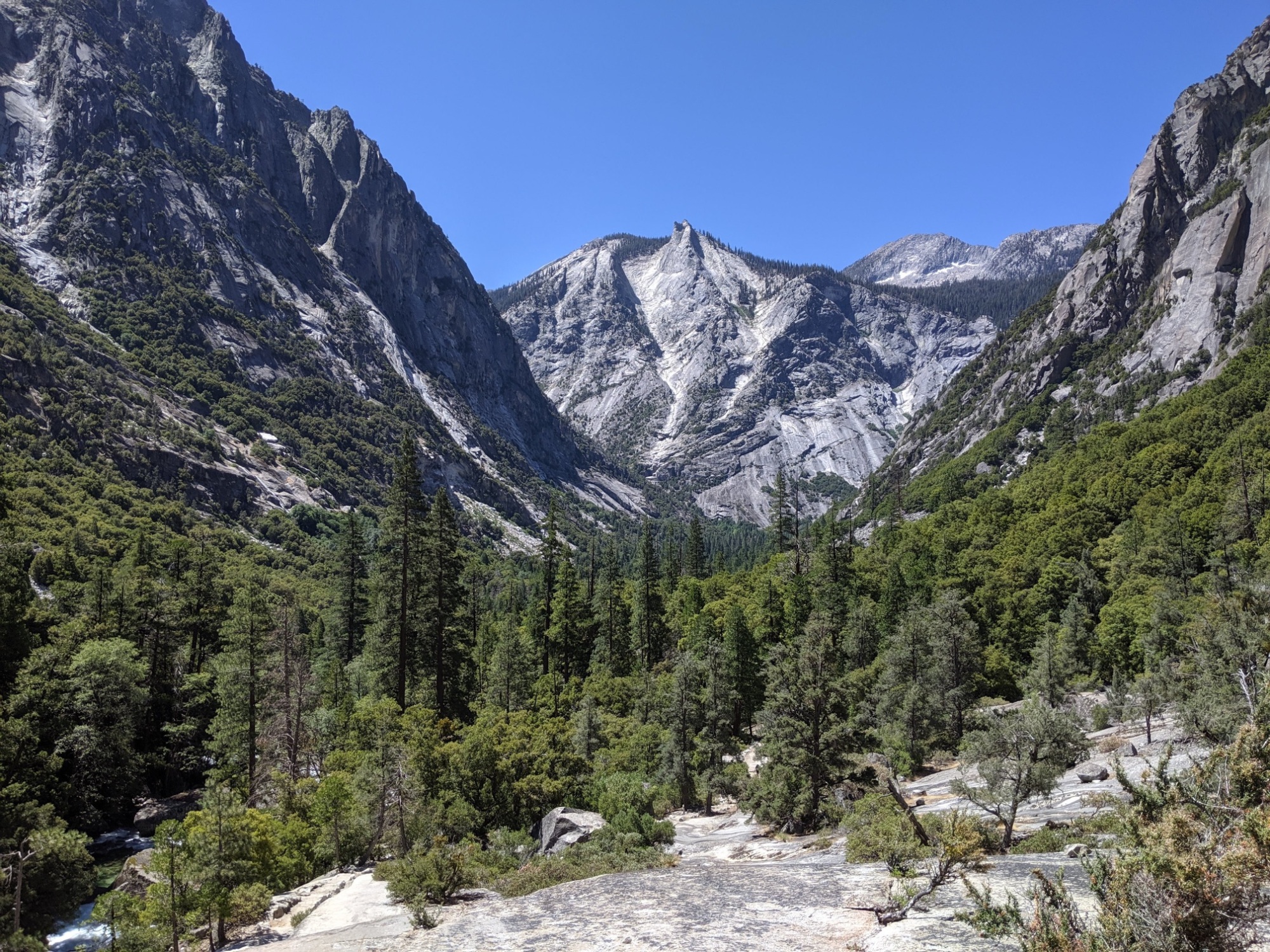 My first backpacking trip, ever!

In late June, I backpacked and hiked through Rae Lakes at Kings Canyon in the Sequoia National Forest. 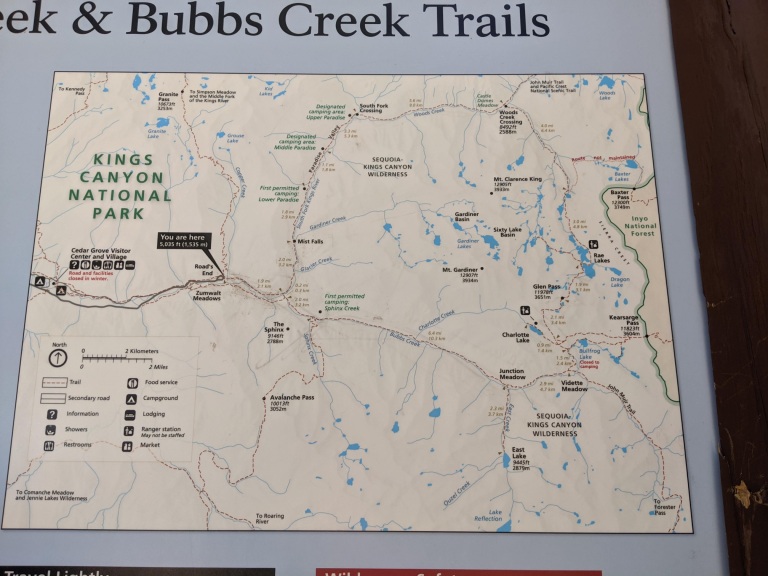 Before this backpacking excursion, I didn’t even know what it meant to “backpack.” Or when people would say they’d go car camping. I understood that it involved a car and camping, but I never actually stopped to think about what the differences were.

My version of camping always involved a bathroom with running water and a parking lot where people can park their cars or RVs.

I’ve camped at Yosemite and along the coast at various beaches in California, but I’ve never backpacked it. I thought this trip would be both scary and fun.

I said ‘yes’ to this trip a little too quickly, but…

Making the decision to tag along with experienced campers wasn’t hard, but I also didn’t want to throw myself into it and regret it while I was on the trip.

I assessed the situation–it was a 40-mile loop at Kings Canyon with a 12,000+ vertical climb. It would be conquered over 5 days, without the comfort of a toilet, running water, or a shower. I would also need to carry a 30-pound backpack on my shoulders.

I decided to only do two nights, which would entail a grueling 11-mile hike on day one, with a 1,200-ft elevation gain. On day two, I’d have to hike back down to my car alone on a trail that is sometimes hard to see, without a lot of other hikers around, and zero cell reception.

The rest of the group would go on to cover 10 miles each day, cross a gushing river, and climb through some snow at the peak.

I was nervous, but something told me I’d be okay.

A river runs through it

The hike up was majestic. I’ve seen some gorgeous scenery in my day, but this one was pretty damn incredible. The scenery kept changing, one second we’d climb up huge granite rocks, the next, we’d stroll through a lush meadow. The whole time, the gushing river was close by and I could practically taste the mist in the air.

On the hike back down, I almost got lost but luckily, the river saved me. I knew I had to follow the flow of the river back down, so when I lost the trail, I looked at the river to guide which way I was supposed to go. 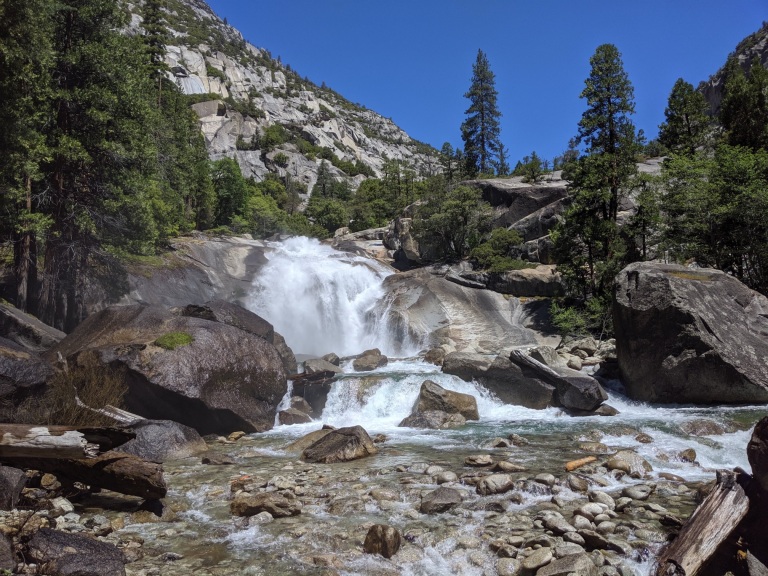 About halfway through the first day of backpacking, we stopped at Mist Falls. It’s a breathtaking waterfall that you can get close to if you don’t care about being cold and sprayed with water.

After six hours and some change, we made it to Upper Valley Paradise. We set up camp and refilled our water before eagerly opening our bear cans to munch on our snacks.

I was exhausted. The Osprey backpack I had rented from Sports Basement was cutting into my right hip bone.

I was sore, hungry, and my hair was sopping wet from sweat. Everything hurt.

After setting up the tent, I took out my whiskey I had put into a flask. I took a swig and sat down. We ate some dehydrated dinner (Thai curry!) and I began to feel itchy from all of the mosquitos that had eaten me alive.

But there was something so incredibly satisfying about the day. We conquered six hours of hiking up a mountain with heavy ass backpacks on our shoulders.

Like any new camper, I was feeling pretty anxious about having to “go” in the woods. Um, long story short, when ya gotta go, ya gotta go.

I found a lovely area in the trees and once I got over the stage fright of it all, it was fine.

The solo hike back down

It was actually kind of relaxing. I was alone, so I took my sweet ass time getting down the mountain. Since it was mostly downhill, it was rough on my knees, but I found a slightly crooked Gandalf stick, so I used that to help guide me down the steep parts.

On the way down, I finished one of my audiobooks and took more photos that didn’t nearly justify how majestic it was.

My shoulders ached, the sore spot on my hip kept rubbing into my backpack, and my thighs burned on the steep downhill parts. Oh, and I got eaten alive by mosquitos. I suffered through the next day as both my arms were covered in bites. I had to take an antihistamine to reduce the itching and swelling.

The last two miles were killer because it felt like it would never end.

After the rest of the group returned, I saw photos and sort of regretted not doing the whole thing. I think it was a good starter experience for what backpacking entails. I’m ready for more.