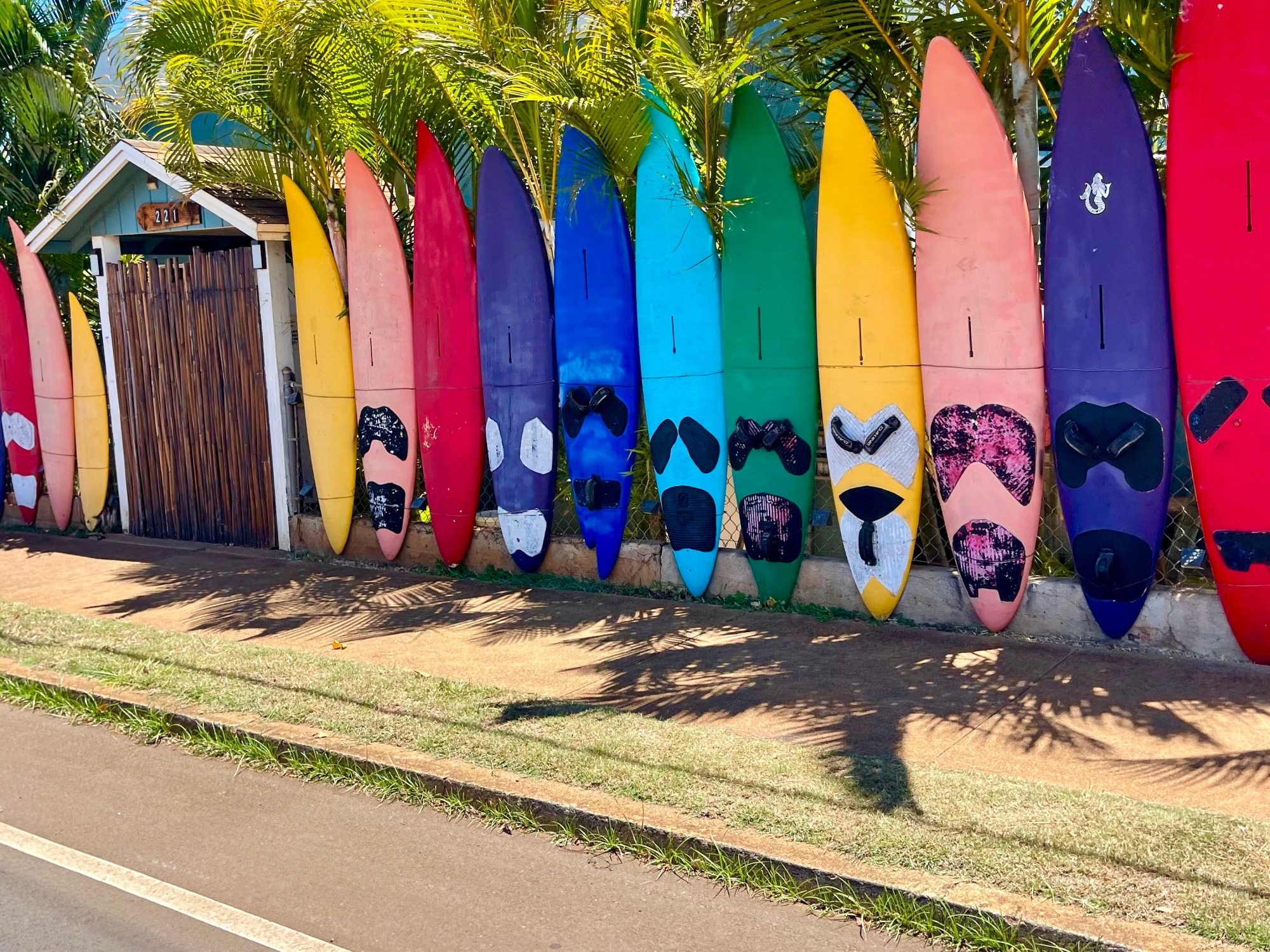 I was featured on a travel podcast called We Travel There, where I talked about living in Hawaii and where to go if you’re in O’ahu.

I always thought of Maui as an extension of O’ahu, especially when I was living on the mainland. When I wasn’t an O’ahu resident, it was hard to decipher the large and small nuances that differentiate one island from the next.

If you know a thing or two about Hawaii, you know Kauai is the lushest—making it the perfect filming location for Jurassic Park. Kona is Big Island and has Hawaii Volcanoes National Park. Much of Kona is covered with remnants of black volcano rocks and kind of reminds me of a Mars-like landscape or Planet of the Apes. Kona is my favorite because it feels like a nice in-between spot from the less developed islands like Kauai or Maui and the hustle and bustles of O’ahu.

But back to Maui, if I had to compare it to O’ahu, it feels drier and hotter and way less urban. You won’t find a McDonald’s or L&L on every corner, but it’s also what makes Maui so special. There aren’t buildings and condos obstructing your views. You get a true sense of what the island probably looked like from back in the day and can soak in the green and brown mountains all around you.

If you haven’t been to see the Haleakala sunrise, go do that first. We did it on our first trip to Maui and it was spec-ta-cul-loso! Who cares if someone says it might be cloudy. Just go, do it. Don’t hesitate.

For this trip, we went on a Haleakala bike ride, which goes 26 miles down the mountain and starts at an elevation ~ 4,500 feet. If you tend to get cold in 65 degree weather like yours truly, bring a windbreaker and gloves. The tour provided them for me, but some tours may not.

Unlike Zion—no electric bikes were needed on this one. The tour guide joked that we would be burning 26 calories on the ride, and I think he was right. I barely had to pedal.

You only needed strong brakes and some courage. Downhill is scary to me, and there were many parts that were steep and had lots of hairpin turns. I say, when in doubt, press the brakes. I happen to be first in the photo below, but normally I was last and that was fine by me.

The bike ride took us through a collection of mountainside homes—I was told Oprah’s compound wasn’t too far away. (Side note, she did not have a private road paved for her from the airport to her home. The property she purchased already came with it. In true Oprah style, she threw in a few mil to get the road fixed right up.)

We saw relaxed-looking cattle that grazed about on the green mountainside. With the shimmering ocean views in the distance, we rolled past schools, churches, and ranches. Our first rest stop was in a place called Makawao.

It’s a quintessential tiny Maui town filled with boutique shops, bakeries, and coffee shops with names like Espresso Mafia. We stopped and ate breakfast at Freshies. I loaded up on a veggie omelet and sipped on some rich, dark Hawaiian coffee.

After breakfast, I bought a few Makawao shirts from a t-shirt vendor at a mini-outdoor marketplace around the corner. I never buy souvenirs, but it was one of those soft shirts and it had a rooster on it. I like the town, so it’s my way of supporting the local artists.

Then, back on our bikes. The last place we went through was Paia. It’s similar to Makawao but probably a little bigger.

I remember the first time I visited Maui, we stopped at Paia for some yummy cold brew. It was an adorable yellow coffee truck, complete with a cute husky.

This time around, I was kind of bummed we didn’t get to go back to Paia just to walk around or hang out.

O’ahu is known for its ridge hikes and Maui for its waterfalls. And wowie Maui, some of these waterfalls were 45 feet high. According to our guide from Hike Maui, who could’ve passed for a Hawaiian Derrick Fisher, said he’s jumped from that height plenty of times and has been doing it since he was a kid.

The hike took us through a handful of breathtaking waterfalls and swimming holes. The temperature was kind of cold, but it was all about expectations. I knew I wouldn’t be in warm ocean waters and braced myself for 65-degree water. With the hot sun above us, the water was refreshing.

At our second or third waterfall, there was a 26-foot jump. Even though I saw 10-year-olds practically launching off the walls like they were born doing it, I sat on a rock and watched. I like adventure and snowboarding, but jumping off cliffs? Not my jam.

If I ever go back to Maui, I will definitely return to the waterfalls but maybe not do it with a tour group. I’m glad we did it with Derrick Fisher (just kidding, Pasco!) because I doubt we could’ve found our way to the waterfalls without getting lost. There were no obvious pathways to get there nor were there any signs. Certain parts got a bit steep, so if you’re unstable on your feet or have bad knees, it might be iffy for you. But generally speaking, I saw little kids and people of all ages at the waterfalls.

For newbies who have never been to Hawaii, I would choose O’ahu over Maui. If you’re pining for a haupia at Mickie D’s or want to be in the mix with other tourists at Duke’s in Waikiki, then definitely O’ahu.

If you tend to shy away from large crowds and tourists and don’t mind your resort being kind of far from town, then pick Maui. Like Waikiki, Maui gets crowded. Good lord, even in a supposed off-season month like October, the airport was insanely packed. Even the airport lounge was full.

We stayed in Ka’anapali, which is a few miles from Front Street (aka, the town). The nearest Starbucks was about a half-hour walk, so we just mostly enjoyed what the hotel had to offer—the sauna, gym, beach, pools, etc. Then we picked a few days for an excursion out of the resort.

As they say, the third time’s the charm, and for me, I felt the familiarity of O’ahu but noticed all of the beauty and uniqueness of Maui. The waterfall hike was definitely a highlight. I relaxed, had delicious meals (highly recommend Geste Shrimp Truck), enjoyed the breeze and AC (87 is way too hot for me), and absolutely cherished my time in Maui.